A chef inspired by culture

Hotel Yak and Yeti’s new Executive Chef Arindam Bahel shares his experiences as a chef, some cooking secrets, and recipes for some scrumptious Indian delicacies.

Hotel Yak and Yeti have welcomed a new Executive Chef Arindam Bahel, a zestful professional with over 18 years of experience in both indigenous and international culinary operations. Featured in multiple international reviews and television shows, Chef Bahel talks to us about his journey as a chef, some cooking tips and recipes for some appetizing Indian concoctions.

Could you tell us about your journey as a chef?
I started my career in 2002—after passing out from the Institute of Hotel Management Goa—as a management trainee at the Orchid Mumbai. I then moved to San Francisco in 2011, worked there for about three and a half years, and then came back and then joined Concept Hospitality as a general manager in the food and beverage for about two and a half years, and then moved to Jaipur where I worked at Holiday Inn for two years.

What lead you to become a chef?
I grew up in a joint family where I would help out my mother and my aunts in preparing food for the family, and I would enjoy it very much. I wasn’t very sure whether I wanted to be a chef, in the beginning, but after graduating from a hotel management institute most people either choose to go into hospitality or culinary, and since cooking and food has had such an influence on my life I found culinary to be more appealing.

Do you think it’s essential for someone who is aspiring to be a chef to go to culinary school?
That depends on what you want, and what you aspire to be. If you aspire to be an executive chef, a culinary director or a cooperate chef, which are more formal roles, then you should go to a culinary school. Because cooking is just one aspect of becoming a chef, which of course, is also the most important aspect, but one needs to understand how things work around the kitchen; labour management itself is a big task; food cost management is another essential part of becoming a chef. The culinary school gives the aspiring chef the exposure they need to manage their kitchen.

Do you have a speciality?
Indian.

Any cuisine you like best?
Actually, I don’t have a preference in terms of cuisine as per se. I believe that food is very culture-driven, and the same dish has different taste in different regions. The same butter chicken you have here tastes different from the one in Chandni Chowk in Old Delhi, or Jaipur or Mumbai. I’ve noticed that it keeps changing. You won’t believe this, but the best butter chicken I’ve had was in San Francisco!

What is your take on the local cuisine?
In the few weeks that I’ve been here, I haven’t got a chance to taste much, but from what I’ve experienced from my previous visit to Nepal, I found that the Nepali cuisine has a very clean taste. The cuisine doesn’t have very complex flavours, but rather it is clean and simple. I also find the use of a lot of locally produced ingredients in the dishes, which is actually the true essence of any cuisine.

I had been to this Newari restaurant in Kirtipur, and the food there was amazing. Mutton doesn’t always need to melt in the mouth, it needs to be chewy as well as that is its texture and in the Newari sekuwa it is prepared exactly like that. I had also tried Thakali cuisine at Swoyambhu—I found it quite similar to some east Indian cuisines like Assamese, Bengali, and Odia cuisines with foods like potato bhaji, parval with daal, rice and condiments—all in all very healthy.

Is there a dish you enjoy cooking?
Pork bellies are nice to cook with it. There is a dish called Masala Ojhari—one of my favourites—which is basically slow-roasted pork bellies rested overnight, and it is served on khasta rotis, which are unleavened bread biscuits. The Tulsi Tikka is another one of favourites, the recipe of which I shall be sharing today. So I do not prefer cuisines in particular, but I prefer ingredients: what is available in the market and in that area.

How would you describe your management style as an executive chef?
I think it depends on what your team needs. If your team needs a push them you need to give them a push, and if they need a pull you give them a pull. It needs to be flexible; it cannot be the same everywhere. Teamwork is equally important.

What are your plans here at Yak and Yeti?
Well, we are renovating our Sunrise Restaurant. It is coming up as an Indian and Nepali speciality restaurant featuring both modern and contemporary Indian dishes, but still includes your curry- in-the-bowl cuisine as most South Asian and South-East Asian dishes include a curry-in-a-bowl mix. It is really something to look forward to. We have planned a soft opening on Laxmi Puja.

Executive Chef Arindam Bahel also shared with us recipes for some fine Indian dishes that are sure to tantalise your taste buds this festive season. 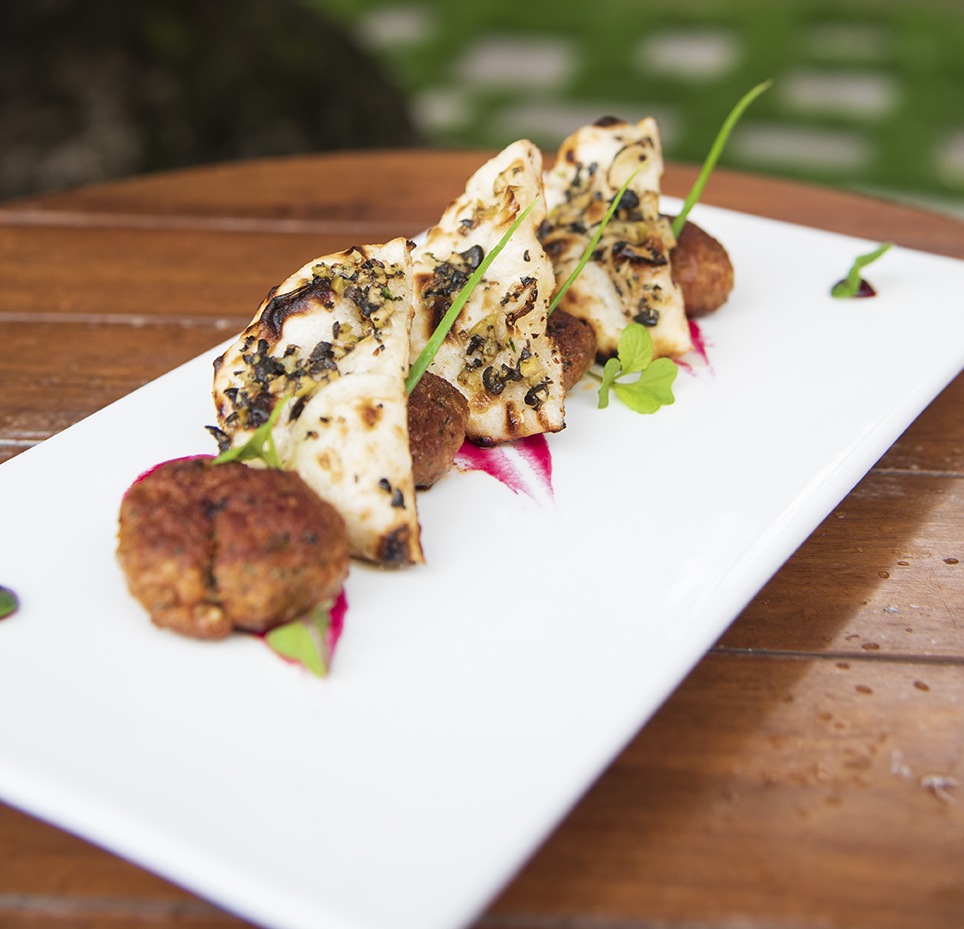 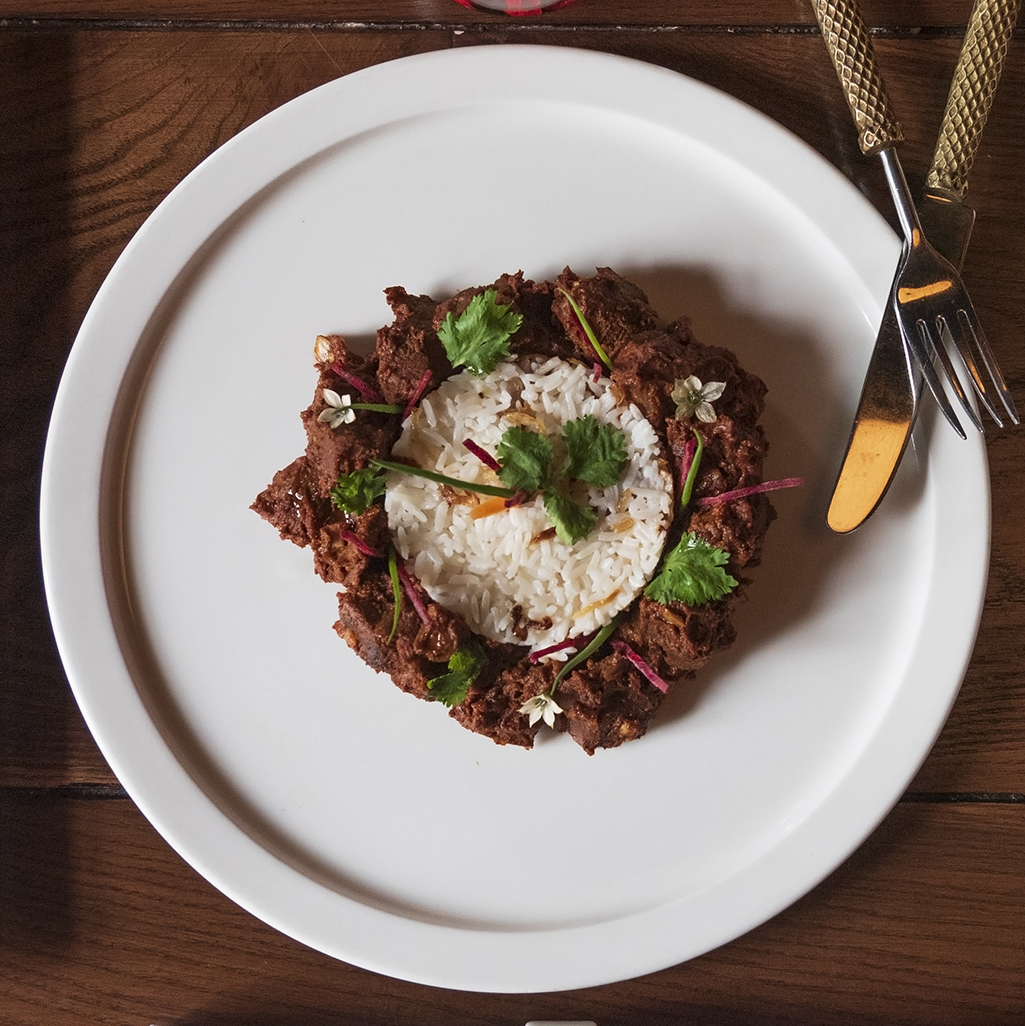 A flavourful, slow-cooked Malaysian curry that coats the meat in such a way that the tender meat mixes perfectly with rice being the least bit dry. The Chef recommends making this on the stove for best results.

Ingredients
For the SPICE PASTE