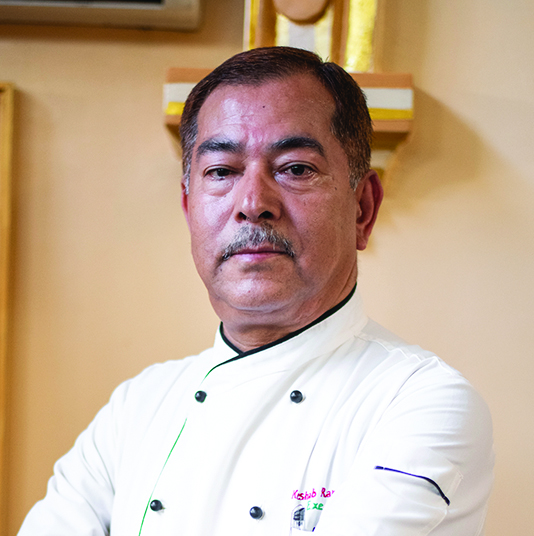 In light of the Dashain festivities, Executive Chef Keshab Ram Shrestha shared here with us two of his signature dishes: the fusion fire chicken with cheese, and cream caramel. Executive Chef Shrestha stated, “These dishes are easy to make, and can be served in a variety of ways. The fusion fire chicken with cheese can be served as an appetizer or as a side to the main dish. It is easy to make and has ingredients which are readily available in the market and is good for all ages. The cream caramel is also a simple dessert which can be tweaked per the needs of dietary restrictions.”

Executive Chef Keshab Ram Shrestha began his culinary journey over two decades ago. Humble, exuberant and passionate Chef Shrestha acquired his formal training from Hotel Management & Tourism Training HMTTC. He began his culinary journey as Commies at Hotel Soaltee Oberoi in 1981 and left to become a Catering Chef at Saudi Arabia. After which he returned to Hotel Soaltee and after two years became a Diet Chef in Kuwait. With numerous reputed hotels such as Hilton Abu Dhabi, Park Hyatt, Canberra, Australia, Hyatt Regency Kathmandu and Hotel Indreni. He became the Executive Chef of Hotel Shanker in 2014 AD. 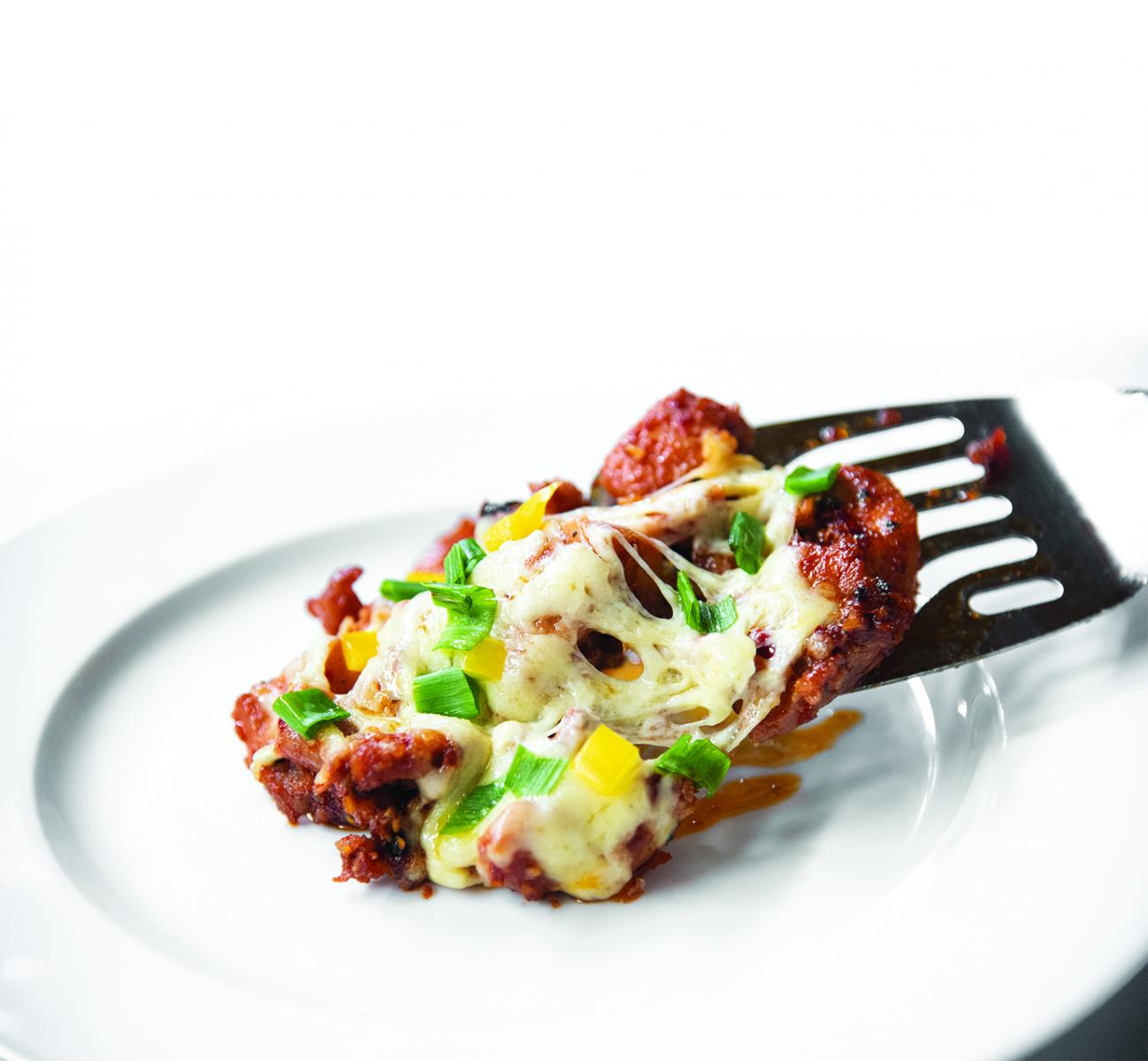 Fusion fire is an Asian inspired dish with sweet and spiciness flavors. It is perfect to be served as an appetizer or as a side dish in the main course this festive season.

Procedure
Take a large mixing bowl and add red chilly flacks. Then add red chilli powder, ginger garlic paste, honey, soya sauce, black pepper powder and salt in the bowl and mix them properly by using a whisk. Add some water to a make a smooth mixture. Take the chicken and add to the mixture and mix it well. Marinate it for 20 minutes. The next step is to take a pan and heat oil in it. Then fry the marinated chicken some time. Add salt as per your taste. Cook the mixture until water dries completely. Add shredded mozzarella on top the chicken, and cover with a lid for two minutes. Sprinkle some chopped green onion and black pepper on the chicken. 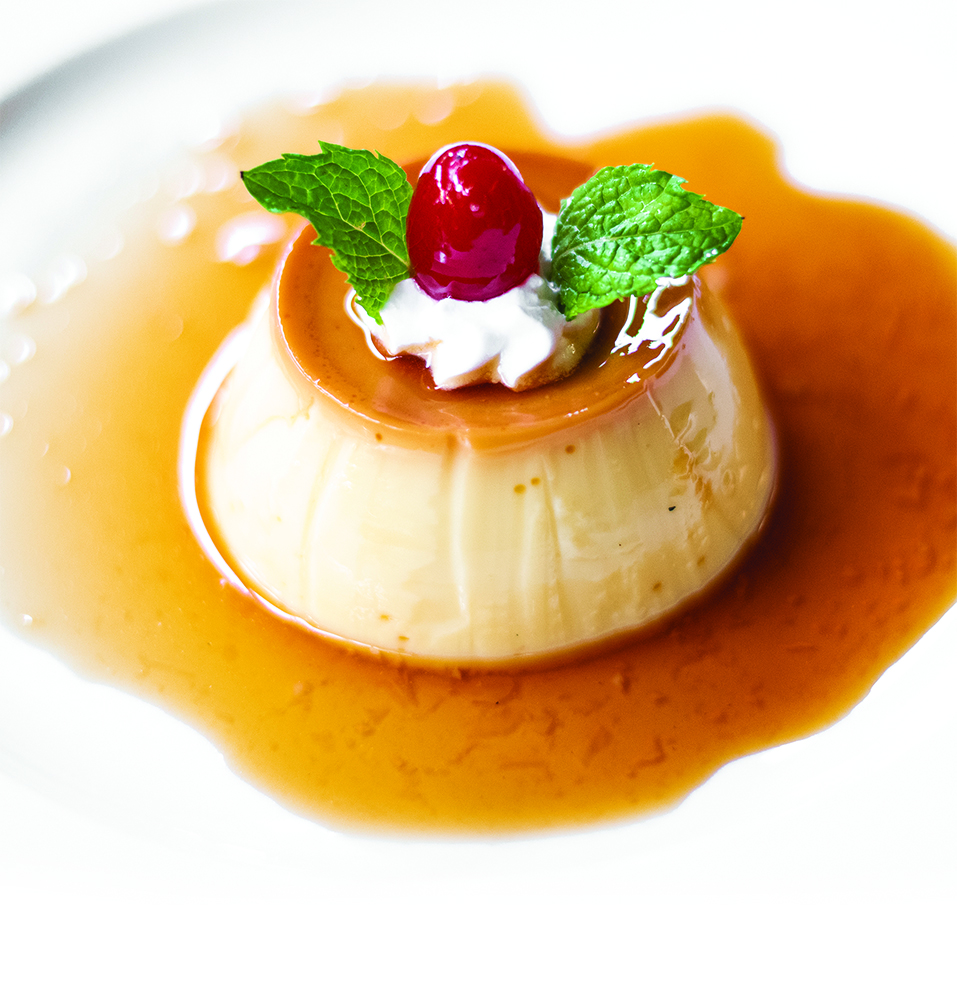 Procedure
Preheat the oven to 325 F. Place the sugar and water in a heavy bottomed saucepot over low heat. Let the sugar dissolve. Carefully brush the walls of the pot with a little water to prevent the sugar from crystallizing on the sides. Increase the heat to medium-high and boil until the syrup turns golden brown. Remove from the heat promptly and carefully divide the hot caramel among the 6 ramekins. Let it cool for at least 2 minutes.
In a medium saucepan, bring the milk and cream to just below a boil over medium-high heat. Meanwhile, mix the egg yolks, caster sugar, and vanilla in a large mixing bowl. Place the mixing bowl on top of a towel to keep it from wobbling while whisking in the hot liquid. Gently whisk 2 tablespoons of the hot milk mixture into the egg mixture. Slowly whisk in the remaining hot milk mixture 1/3 at a time, trying to prevent excess bubbles. Strain through a sieve.
Place six ramekins evenly spaced in a paper towel-lined baking dish to prevent the ramekins from sliding. Pour 6 ounces into each caramel-coated ramekin. Place on the extended middle rack of the oven. Carefully pour boiling water into the baking dish until 2/3 of the way up the sides of the ramekins. (Be careful not to get any water on the custard mixture.) Cover the baking dish with aluminum foil and very gently slide it toward the center of the rack. Bake it for about 35 minutes, or until the custard is almost fully set. Remove from the oven. Use tongs to remove the ramekins from the hot water bath. Let it stand at room temperature for 5 minutes, then refrigerate until well chilled.
To serve, dip the ramekin in very hot water for 15 to 20 seconds. Run a sharp knife around the sides of the ramekin. Invert the custards onto serving plates. The caramel will pool around the inverted custards. Serve immediately.