On the 7th of December, the team of Mt. Everest Fashion Runway organized a formal press meet to share crucial details of their upcoming event, “Mt. Everest Fashion Runway.” Which is to be held at Kala Patthar, Everest Base Camp on the 25th of January 2020. The team let the world know of the details of the upcoming Fashion Runway and along with the core values behind its inception. During the event, the organizing team of "Mt. Everest Fashion Runway" helped clear the air of the lingering doubts of the execution of the event. Spokesperson's for the event, such as Dawa Steven Sherpa, CEO of Asian Trekking stated, " The team of Sherpa's who shall lead the way are all locals. They know every nook & cranny of the Kumbu Region. They shall ensure the safety of the participants and they are equipped with knowledge and experience to find alternate routes. We have been following the same model of reaching the Everest Region which had been established by the pioneers of the first expeditions. I believe that this event would help brack that model and let the world know that the region is visitable even in the season of January which till now is believed as a bad time to visit the region."

" R.B. Diamond Jewellers choose to associate with, " Mt. Everest Fashion Runway" cause it chooses to believe in the endeavours of the KASA Team. We too were sceptical of the execution when this idea was first pitched but from till now, most of our doubts have been cleared and that is all thanks to the team effort. The eyes of the world are set on this event, as this shall not only be a Guinness World Record but also an event which merges the idea of fashion with climate change. We shall be showcasing jewellery which represents the traditional craftmanship of Nepal. If we look at the international scenario, the Nepali craftsmanship, jewellery, and gems are not greatly recognised. Through this event, we wish to bring gems of Nepal and the craftmanship to the international market." said Riken Maharjan, CEO of R.B Diamond Jewellers. 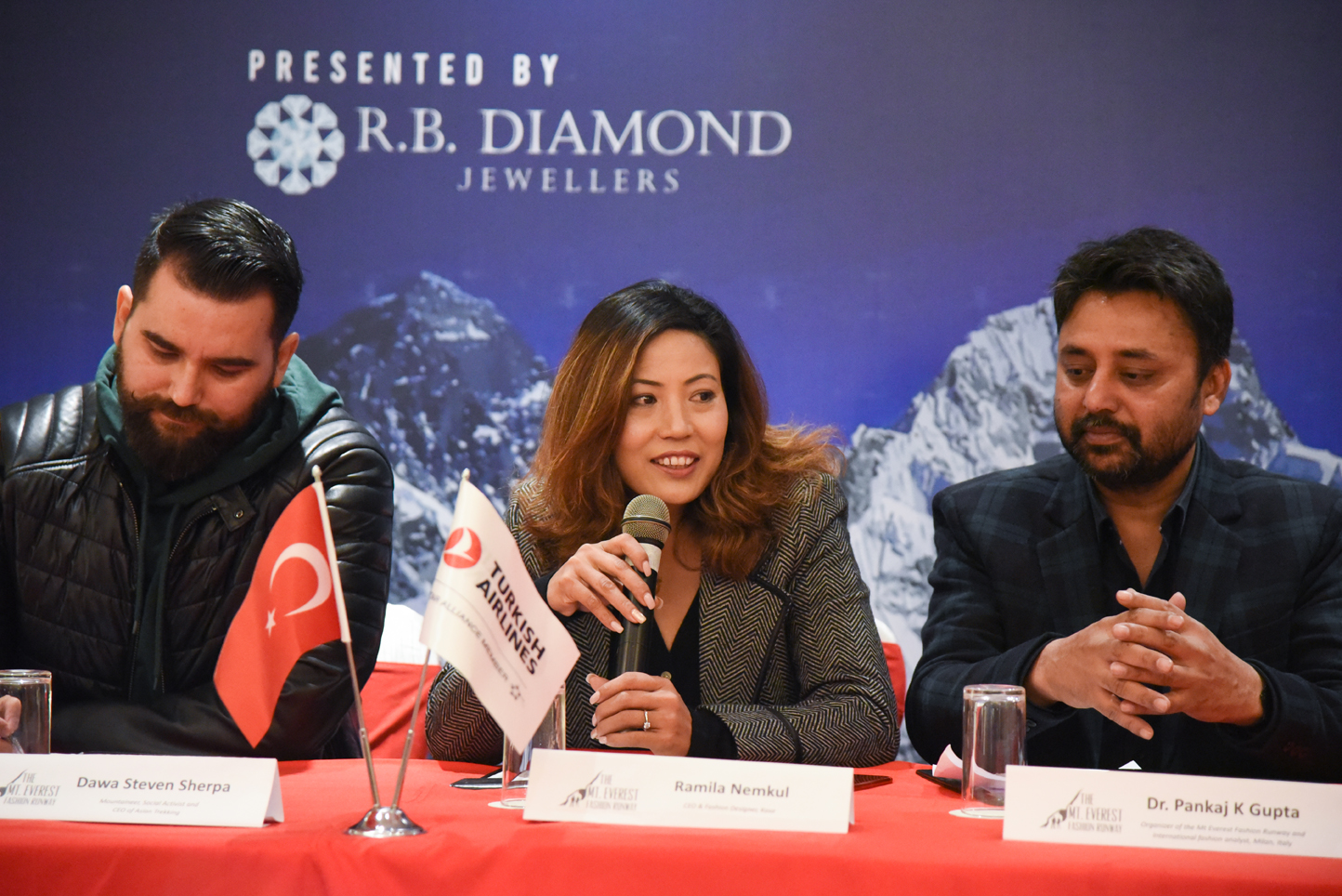 The Mt Everest Fashion with 5 models from Nepal will walk on the Highest ramp of the world. The models shall be adorned in KASA’s new winter line which shall be utilizing biodegradable fabric of which are to be produced in Nepal. Mrs Ramila Nemkul, Founder of KASA has committed extensive research in terms of Nepali fabric and found that there are so many Nepali fabrics which are biodegradable making them highly sustainable, and will not harm the environment. " The fashion industry is one of the major causes of pollution over the world. From the manufacture of the fabrics to production of the apparel, the current model utilizes a major bulk of natural resources which do not yield a high return. With the ever-growing trend of fast fashion, it has worsened the case as the lifespan of fast fashion clothing is not long. The disposal of these resources causes even more issues as most of the fabric utilized is not biodegradable. Leading to more waste, thus more pollution!" 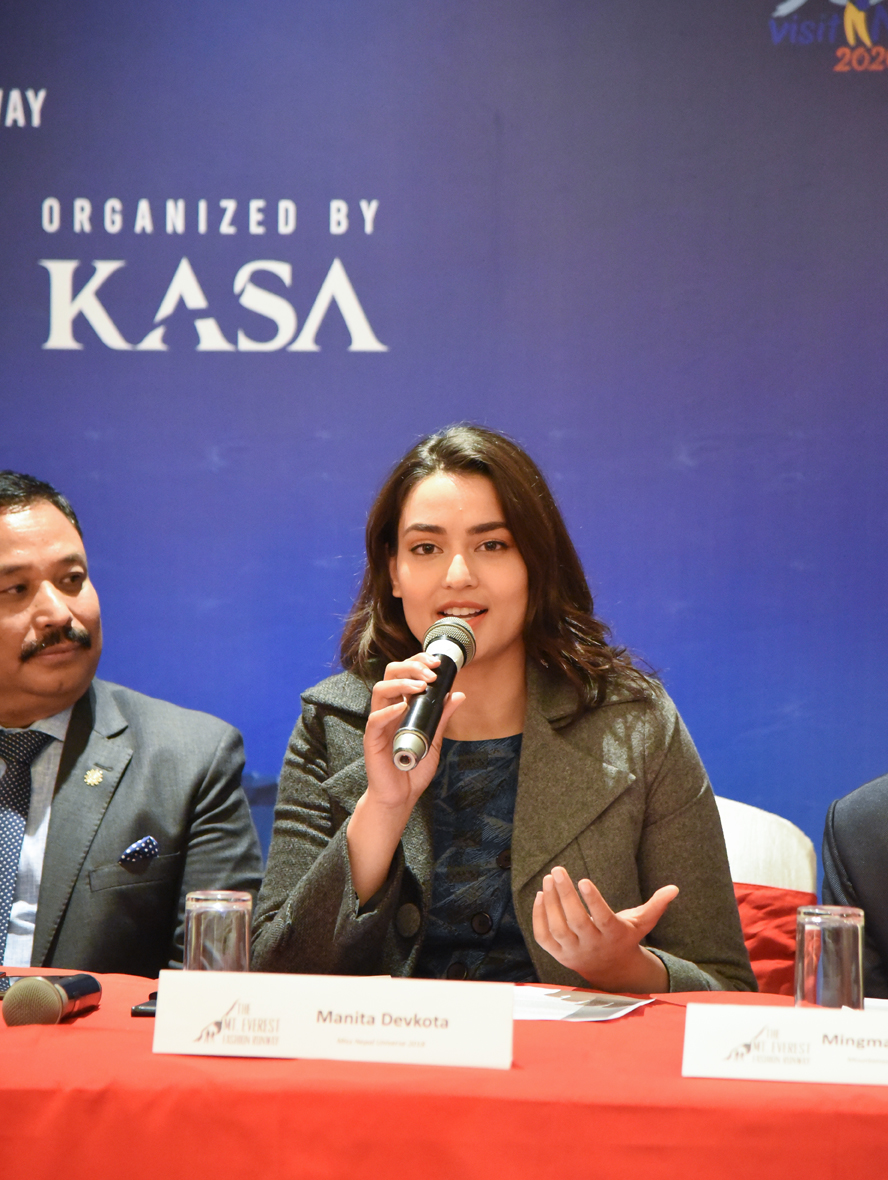 During the event, Miss Nepal Universe Miss Manita Devkota stated, " This event has been coined an event of a lifetime by the team at Visit Nepal 2020 who is our promotion partner. This event truly is 'Event of a Lifetime' as this brings forth light to one of the most burning issues which are climate change. Climate change over the years has slowly but steadily caused huge impacts in the environment especially of the Khumbu region. The freshwater glaciers are slowly melting and it has direct implications to not just the habitants of the Khumbu region but also the world. The Mount Everest Fashion Runway is a great opportunity to bring the attention of the world to this burning issue. "