The newest addition to the Samsung family is here to fascinate its users with its new features and elegance that is second to none. 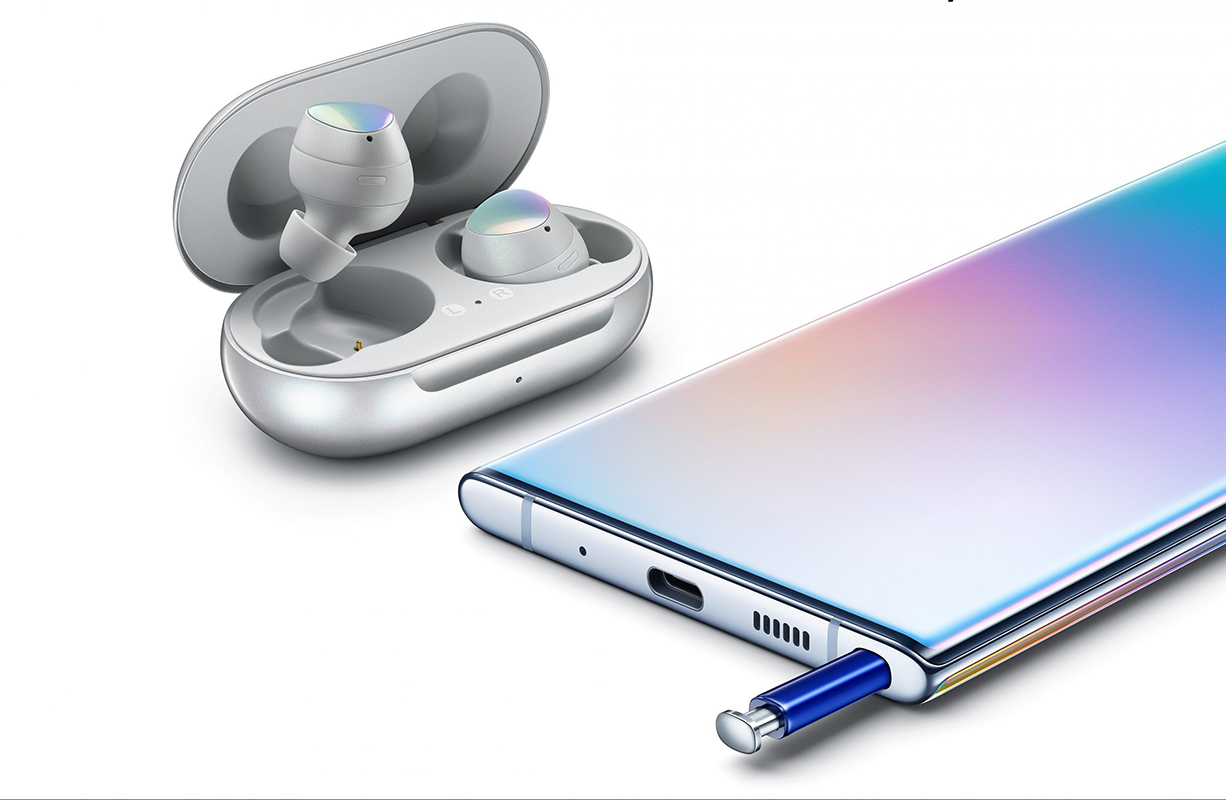 Samsung, the brand with over 50% market share in Nepal, officially introduced the latest addition to its family. Shiny, slim, and sleek, Samsung Galaxy Note 10 is here to cater to the everyday smartphone needs of its users. The device with its two new variants—Note 10 and Note 10+—each with its own sophisticated look and exciting array of features, is ready to take on the market by storm.

Because Nothing Beats Comfort
When one hears of Samsung Galaxy Note smartphone we assume it to be this big boxy phablet with a versatile stylus. Well, this new variant is still big, boxy, but slimmer and the Note 10 variant is also a lot smaller, packing a 6.3-inch display into the most compact note yet. This makes it both one hand-friendly and pocket-friendly. Note 10+, however, features a display of 6.8 inches—the biggest one yet—but its sleek and slim design makes the device easy to hold and easy to use.

Sleek and Stylish Design
Every component of this phone has been precisely crafted to give it the most sophisticated look. The Galaxy Note 10 has a nearly bezel-less edge-to-edge Cinematic Infinity Display, and the front camera notch has been cut out and self-aligned to give a balanced design. If the camera bump portion has always been a turn off for you then Samsung has surely brought in some good tidings just for you. The Galaxy Note 10 series doesn’t feature a camera bump giving the phone an even sleeker look.

A Display for the Ages
The Galaxy Note 10 series boasts Samsung’s most immersive display featuring the award-winning Dynamic AMOLED display. With additional features like an HDR10+ certification and Dynamic Tone Mapping, photos and videos are brighter than its predecessor phones and present a wider color range. The phone’s Eye Comfort display reduces blue light without affecting the phone’s color quality for pleasant viewing.

New and evolved S Pen
The S Pen is a quintessential feature of the Galaxy Note series and it has gone through some fine aesthetic and functional changes in this model. Users can now utilize the unibody S Pen to instantly convert their handwriting to text in Samsung Notes, and these notes can further be customized by shrinking, enlarging or changing the color tone of the text. Additionally, certain features of the phone can be controlled using gestures with the S Pen, so you’re free to create customized controls that allow you to play games or use your favorite applications using gestures.

Cutting-edge Camera
Samsung Galaxy smartphones have a reputation for developing the finest cameras, and this model won’t let you down on that part. The Note 10 series showcases a combination of advanced imaging technology and software that takes mobile photography to a whole new level. With features like Live focus video, Zoom-In Mic, and Super steady, users can now capture pro-grade videos without having to carry any additional gear. The device also possesses other novel aspects like an enhanced video editor, screen recorder, AR Doodle and 3D Scanner. With the Night Mode feature also available in the front camera, you no longer have to worry about taking selfies in low light situations.

Unmatched Performance
The fine engineering with which the device has been made isn’t restricted to just everyday use, but for taking on a wide range of tasks. Just 30 minutes of charging is enough for you to take on the day. Not to mention, the Wireless PowerShare feature allows you to wirelessly recharge accessories like the Galaxy Watch and Galaxy Buds with the device.

The device is fast, and when you open a ton of apps, it won’t slow the phone down that easily. Featuring the world’s slimmest vapor chamber cooling system, the device promises to deliver optimal performance.

Storage won’t be much of a problem either as the device possesses a 8GB RAM and a 256GB internal storage without expanded storage.

Extra Add-ons to Enrich The Galaxy Experience
With extra accessories and services ranging from wearable like the Galaxy Watch Active 2 and applications like Samsung Health and Bixby available for pairing, it is sure to make your life easier and organized.

The Samsung Galaxy Note 10 series has a bunch of exciting features for its users, but much like your two sides to every coin, it may be lacking in certain aspects. All in all, its merits most certainly outweigh those flaws. So if you’re an avid Samsung user waiting for the perfect phone to buy or a non-Samsung user looking for a change, then this phone is worth a buy.